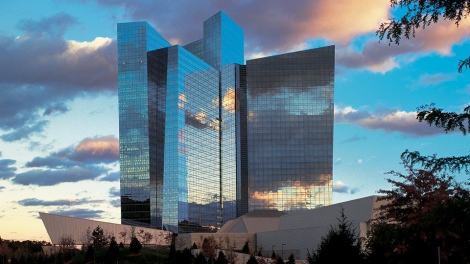 26yrs – Current (Australia, New Zealand, USA, Canada): In Sept/Oct of 2010 I went to Mohegan Sun Casino in Connecticut. I was heavy into Craps having read several books on the gambling game. I came upon a table with my partner at the time. A high roller showed up shortly after with around $3,500 in chips. He bet for 2 players in back of us but the guy “craped out” quickly. 2 players later it was my partners turn. 6 successful points later, the high roller had $25,000 on the pass line with 2x odds of $50,000 behind going for a 6. A 7 rolled unfortunately and the man lost $75,000 but, he still walked away with nearly $75,000; his $1,000 and $5,000 chips overflowing his rack. Meanwhile, I looked down and we had $9,950 in chips that we had successfully scored through the 6 point streak by the man betting on us to give good karma to the table. That money was ours to keep. We split the money in half. It was a once-in-a-lifetime experience that I can never forget. 6 months later I was buying “Shelly”.

I wanted the best. Period. I wanted a “Superbike”. But, I don’t like to be like anyone else so I wasn’t too keen on buying a Cervelo which has been the #1 bike in Kona for years now. Upon reading LAVA magazine I found the Scott Plasma Premium III. Her black skin, aerodynamics, and stealth mode were electric and some top pro’s were winning races on it. Additionally, I was looking at the newly designed Specialized Shiv and the Trek Speed Concept 9.9 since these were the bikes that the best were on, and I wanted a $10,000 bike. I opted for the Scott because her looks and people like Marino Vanhoenacker and Luke McKenzie were riding her and putting up the fastest times.

I bought this bike through www.racycles.com including SRAM 80’s, SRAM components including RTC bar end shifters. It cost me around $8,000. Thank you Mr. Highroller!

I named her “Shelly” because she was black and grey. Reminded me of Eleanor, the 1967 Shelby GT 500 from Gone in 60 Seconds.

On my 6th ride with Shelly, we competed in the Cairns Olympic Triathlon a week before Challenge Cairns in June 2011. 66minutes for the 40km. eh, ok. I was warming her up. A week later I rode her in the bike leg of Challenge Cairns with Dean Nankivell and another mate. I rode her in 5:11:33. This was my 3rd longest ride ever after the 165mile ride on the Hybrid Gary Fisher and the 122mile ride in NH along the Red Rider from Part I.

I trained hard for my first ever Ironman, Ironman New Zealand in 2012 but unprecedented weather cut the event to a 70.3. As a result, I would line up at Ironman Cairns in June of that same year, for my first. I would improve 1 minute over the 112mile/180km distance from the prior year, but this was now after a 2.4mile/3.8km swim, and I wasn’t going all out.

By 2013, I had met the love of my life, Fiona. I finally bought the power meter I had wanted since 2010 and a set of ZIPP Firecrest Carbon Clincher 808’s and was ready to rock the world. At a cost of $3,200 I now had that $10,000 Superbike. Shelly would join me on my epic adventures including 6 full ironmans, 2 half ironmans, multiple ASTC triathlons, and every year we’ve been together we have been getting faster and faster completing races of nearly 60km long at 24.5mph or just under 40kph. To hear Shelly purr when we’re slicing through the wind is to hear a thing of beauty. I love riding fast and this bike has afforded me this. It has brought me success including: Ironman Australia 5:04:31 (19th fastest bike of 1,282) beating 2 pro males and all of the pro women; I was the 9th Amateur athlete and 2nd in my a/g. The highlight and best performance though would be after more than 4 years with her. The 2015 Ironman Western Australia bike leg: 4:45:37 was the 14th fastest bike of 1,092. I beat 3 pro males and all the pro women. I was 7th Amateur athlete but 5th in my age group… figures. During this time, Fiona also used power and saw drastic improvements.

I really do love my bike and because nearly everything on Shelly is made of carbon fiber, this bike was built to last. If I had to, I’d continue to ride her for years to come but it is time for a change.

I had put in my “2017 Budget” to buy a new $10,000 bike since the house would be paid off by then and it would then be 6 years with this bike. But, I’m now selling my house which frees up the capital now. That, and what my goals are for Ironman Cairns. I want to eliminate the idea that riding a 5 year old bike with 21,740 miles or 35,000 km hinders me from attaining my goals. Note: The circumference of the Earth is 40,075. I can control what I ride and this was the best opportunity and timing to purchase a new one.

The 2014 Ironman World Champion, Sebastian Kienle, a German, and an incredible, powerful cyclist told ironman.com, “Just like buying an all-out aero bike because some fast pro rides it won’t make you a faster cyclist, either. You have to find the perfect mix of seating position, bike set-up, and fitness to get the most out of your bike leg.” Of course I agree with Sebastian here.

And even though I hate to agree with Lance Armstrong or even mention his name, before everything came out, I did read “It’s not about the bike.” And I agree with that sentence. For me, when I acknowledge that success in any road race or triathlon isn’t about the bike, I think about all the hours I have spent since 2010 riding with purpose and consistency. I think about how I’ve used the power meter to quantify the stress and level of fatigue I encounter. And I think about how hard I’m going to push myself to get back to T2.

I don’t actually feel like I have to justify myself to anyone about why I would spend more than $10,000 on a bike but if you have read anything in this blog or know me, you know how passionate I am about this sport.

In reference to the new bike, Shane at Smith St Velo in Alice Springs has already said this was the most complicated bike build, he’s ever done. 7 hours of puzzle piecing so far and another hour to get my fit settled on Friday means Sami is nearly ready to be unveiled.

Stay Tuned! Follow my blog now for automatic emails when posts are made. Cheers!

One response to “The “Shelly” Years Part II” 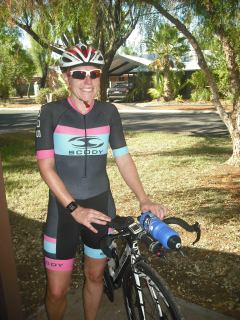 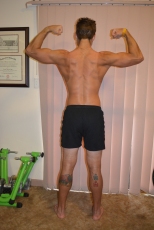 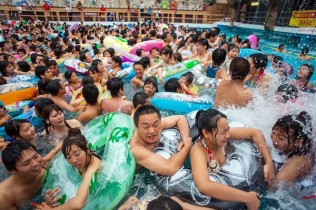 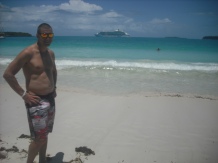 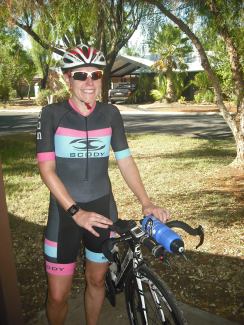 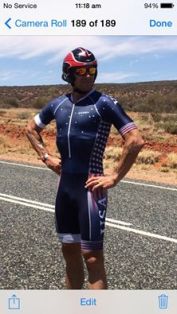 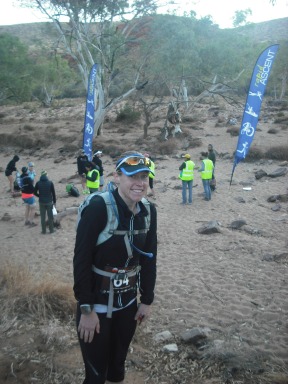 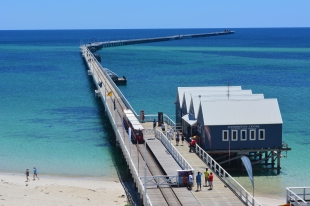 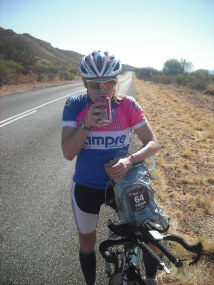 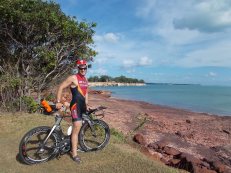 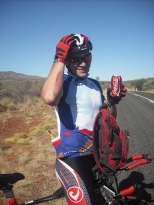 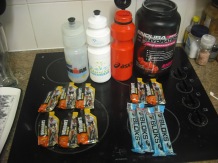 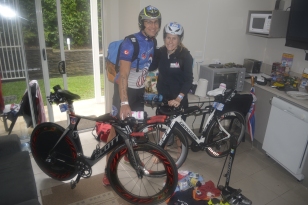 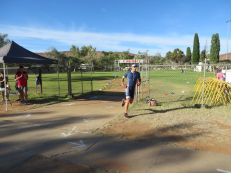 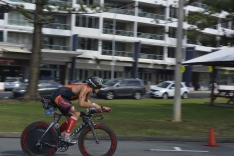 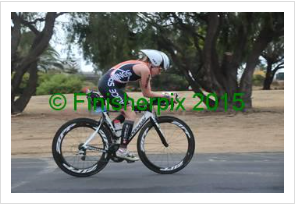 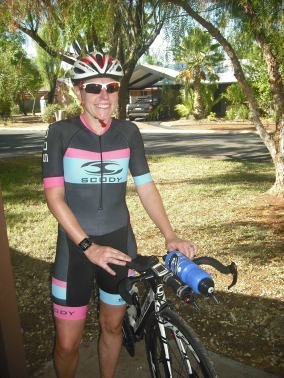 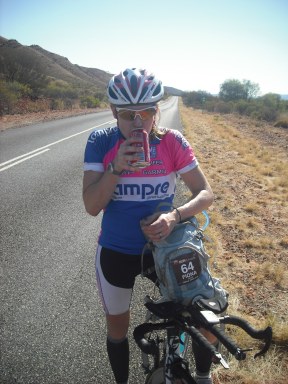 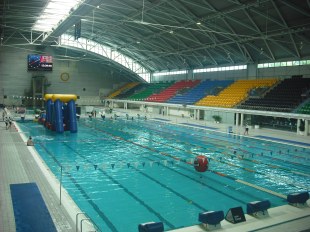 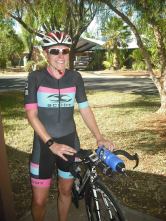