In 2011, Cairns, Australia debuted its adventure week culminating with Challenge Cairns. I started off that week with an Olympic Triathlon in Port Douglas, the 3KM swim at Green Island, and then was the cyclist on a team for the full. In 2012 I competed in my first Ironman Cairns in 10:08. In 2016 I returned now with my wife and I qualified for Kona with my 9:45. In 2017 I returned to the IM and went 9:45 before moving to Tucson, Arizona USA. On Sunday I will again compete at IM Cairns having already qualified for Kona at IMAZ in 2018. Unfortunately, my wife will be unable to race since she is 3 weeks past her MRI revealing the same exact Sacrum Stress Fracture that Tucson based pro Lionel Sanders has. But, she is seeing the same doctor at BodyCentral who has also looked at Ben Hoffmans fracture from last year.

We left Tucson on Saturday and flew to Denver, LAX, Melbourne, and then the next day to Cairns. Thursday we joined our best mates Duncan and Chelsea on the boat to Green Island and it felt like a roller coaster. But, i felt fine and was busy chatting with mate and Aussie Pro Blake Kappler who would go on to win the 1.5k swim. Walking to the island from the dock the wind was ferocious and Dunc and Chels were easing from their non-existent sea legs. Wetsuit on. I had already had a medium Redbull, 2 pieces of toast and a banana. 30min before I had a full pack of clif shot bloks. Fifi would sadly be photographer since she could get kicked and have to run out of the water 4 times on the 4 loop course. She needs to heal.

I dont have my 2011 result but believe I went around an hour. I ended up racing off the Esplanade in 1:14 for the full. I told Fiona I wanted to break 45min as that would be good indication that I could break an hour on Sunday. For the last 6 months I have been swimming in 25yard open water pools, and 25yard and 50meter pools in the Oreo Valley but never saw Lionel. The 15min improvement would be possible from Fionas swimming skills of sculling and high elbows, then backed up further with almost my exclusive use of the Pull Boey.

I started behind the young guns not wearing wetsuits and when the gun went off, I went for it.

It was a bit violent at the start as always, I got kicked to the side of my face but was Ok. The waves were choppy and at times the waves were crashing from over the back of me and it looked like it was raining. But I tried to maintain focus and work hard as well as kick more.

I finished 17th of 53 finishers, 8sec off next position.

After the race we walked around the Island a bit and hung out before going back into the crazy waves to Cairns.

While I only saw a little fish near the beach and some corrals during the swim due to the overcast, swimming in a race on one of 7 Natural Wonders of the World is amazing. And when my cap slipped off during the last lap I put it down my top to do my part and not further destroy the reef. 2 days to go. 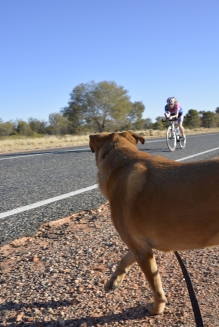 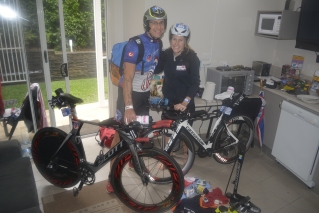 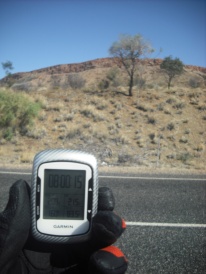 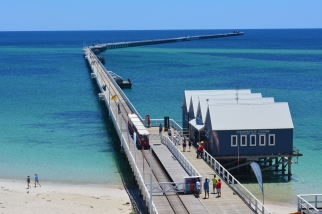 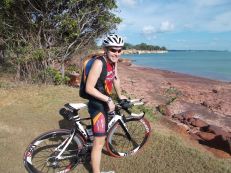 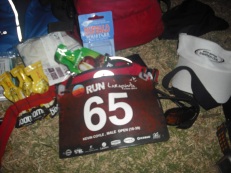 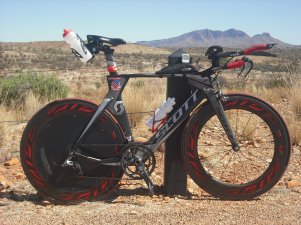 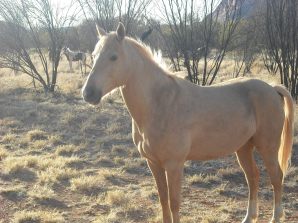 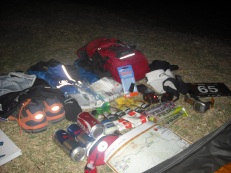 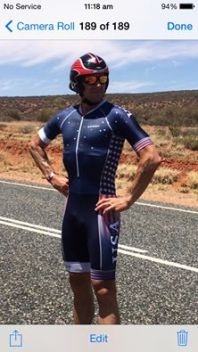 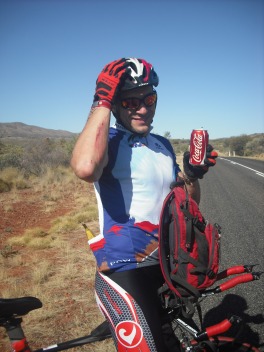 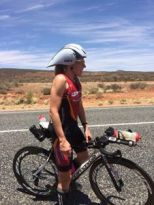 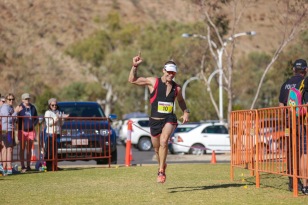 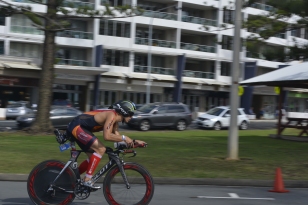 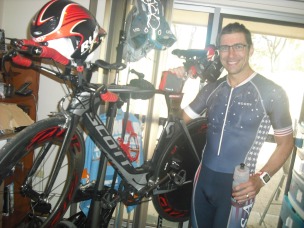